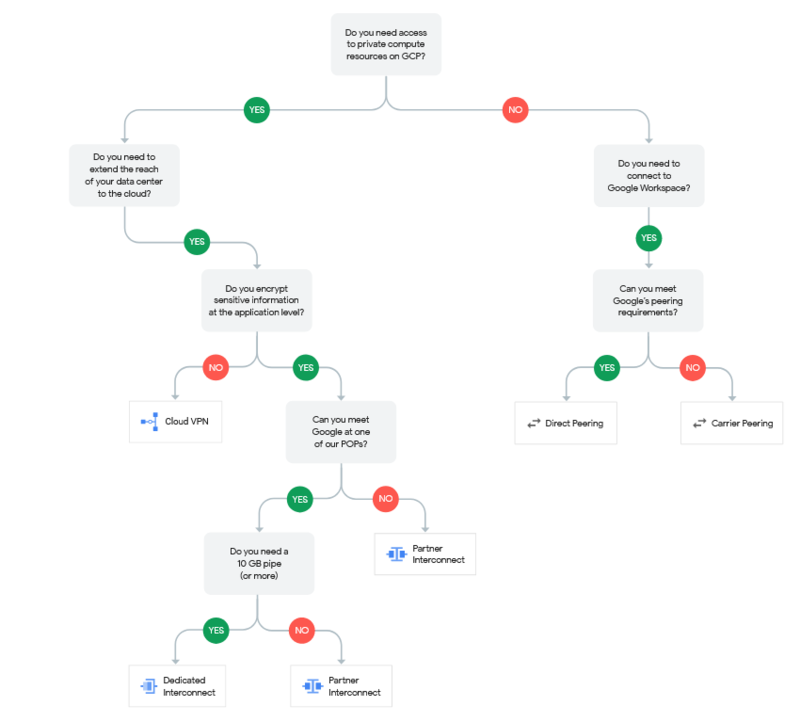 It allows you to connect your VPC network to your on-premises network using a high speed physical connection (peering with Google), i.e. a direct pipe from GCP to a private datacenter.

Dedicate Private Interconnect gives you a pipe of you 10GBps or more. If you don't need it, consider using Google Cloud VPN instead. * Low latency.

VPC Network Peering allow you to connect one VPC network to one or many other networks.

VPC Network Peering gives you access to public or external IP addresses. You can either use a Direct Peering for peering, or a Carrier/Partner Peering, with an ISP, in case you don't meet Google requirements.

In order to enable peering between 2 VPCs, you need to create 2 VPC peering connections for each directional communication, and do not have any overlapping withing IP ranges.

You can share a VPC network from one project (called a host project) to other projects (called service projects) in your GCP organization.

It is a fully distributed and managed Google Cloud service. It scales with your network traffic, as it is not a physical device, that might cause a bottleneck.